The Canada Emergency Business Account (CEBA) program is intended to support businesses incurring non-deferrable expenses by providing partially forgivable interest-free loans. Originally, applicants could receive a loan of up to $40,000, with 25% of it being forgivable if the other 75% was repaid by December 31, 2022. On December 4, 2020, CEBA loans for eligible businesses increased to $60,000.

Those who previously received a CEBA loan of up to $40,000, may now apply for the $20,000 expansion. New applicants can apply for the full $60,000 CEBA loan provided they meet the previous eligibility criteria under one of the two possible application streams: they must have had at least $20,000 in payroll in 2019, or at least $40,000 in eligible nondeferrable expenses in 2020. Applications must be submitted by March 31, 2021, and a new loan agreement and attestation must be signed.

Prior to applying for the additional amount, there are four major issues that must be considered:

Business owners must attest that COVID-19 has negatively impacted the business and that it:

Use of the funds

In two recent Technical Interpretations, CRA reiterated its position that the forgivable portion of the loan is taxable in the year in which the borrowed amount is received, regardless of whether all conditions have been met to allow forgiveness. This applies to both the original version of CEBA and the additional $20,000.

In some cases, an election may be made to defer the income inclusion from the year of receipt, to the following year. This income will be offset by the related expenditure.

ACTION ITEM: Before applying for the additional CEBA loan, ensure that you have, and will be able to, comply with the new loan agreement and attestation. 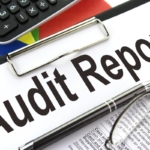 On December 6, 2022, the Auditor General of Canada released its report on COVID benefit compliance enforcement. The report reviewed a total of $210.7 billion...
Read More > 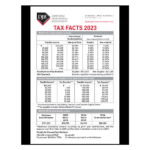 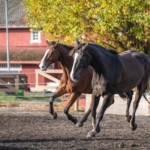 A July 28, 2022, Tax Court of Canada case considered whether input tax credits (ITCs) in respect of a farming operation’s expenditures were available. The...
Read More >

The Canadian Income Tax law states that taxpayers are deemed to dispose of all of their property at fair market value immediately prior to death. ...
Read More >

(authored by RSM CANADA) A summary of the tax implications of earning passive income through controlled foreign affiliates due to proposed legislation.
Read More >

Directors can be personally liable for payroll source deductions (CPP, EI, and income tax withholdings) and GST/HST unless they exercise due diligence to prevent the...
Read More >