Do We Need an Audit? An Overview of Not-for-Profit Organizations and Their Financial Statement Requirements

There have been a number of changes in recent years to modernize the laws governing corporations without share capital.  These corporations were previously governed by the Corporations Acts in the various jurisdictions, but the laws and regulations created for business and for-profit enterprises were not effective at times for the not-for-profit sector.  In 2011, the new Canada Not-for-Profit Corporations Act (CNCA) came into force to govern the not-for-profit corporations incorporated federally.  Ontario created a similar Act, the Ontario Not-for-Profit Corporations Act (ONCA) that received Royal Assent in 2010 but has not yet been proclaimed or put in force.  The ONCA will govern not-for-profit corporations incorporated in Ontario when it is put in force. Originally the ONCA was anticipated to be launched in early 2020 however the ONCA webpage indicates further delays.

There are a number of various legal changes addressed in the new legislation, but we wanted to focus on the section on Financial Statements and Review.  A corporation must prepare financial statements each year which comply with the requirements of the Not-for-Profit Act.  The financial statements must be prepared in accordance with the Canadian Generally Accepted Accounting Principles (GAAP) as set out in the CPA Canada Handbook.

There are new guidelines introduced in both the CNCA and the ONCA on the level of public accounting assurance required.  We have summarized these below in a chart and included some important definitions.

The differentiation is important as the government wants to ensure that organizations receiving public funds are sufficiently transparent and accountable for that income.

Private foundations may be considered non-soliciting or a non-public benefit corporation, depending on their revenue sources.

As a reminder, all corporations governed by the CNCA must send a summary of its annual financial statements or a copy of a document reproducing the required financial information (such as an annual report) to the members between 21 and 60 days before the day on which the annual meeting of members is held, or the day on which a resolution in writing is signed by the members. (The only exception is if the bylaws allow the corporation to give notice to the members that the annual financial statements are available for viewing at the registered office and the members may request a copy free of charge.)

A soliciting corporation must provide its annual financial statements to Corporations Canada not less than 21 days before the annual general meeting of members or without delay in the event that the corporation’s members have signed a resolution approving the statements, instead of holding a meeting.  The date must also not be later than six months after the corporation’s preceding financial year.

All corporations that will be governed by the ONCA will be required to give a copy of the annual financial statements not less than 21 days before each annual general meeting to all members who request a copy.

These rules were effective as of October 2011 when the CNCA came into force.

These rules will be effective when the ONCA comes into force; however, recently passed Bill 154 allows members in Ontario corporations with $100,000 and less in annual revenue to pass an extraordinary resolution (80% approval) to not appoint an auditor and not to have an audit as of January 13, 2018.

Before a Board of Directors decides to take advantage of these new rules allowing the organization to be exempt from an audit (presumably to reduce annual professional fees), it is important to remember that an independent, external review of management’s financial reporting is an effective tool to fulfill a Board member’s governance responsibilities.  We would also caution against moving away from an audit if you anticipate your organization’s revenues to exceed the minimum thresholds that require an audit in the near future.  The costs of transitioning to and from an audit in a short period of time generally exceed the cost savings from moving away from an audit.

If you require any further information or explanation in regards to recent changes for your organization’s external financial reporting requirements, please contact your DJB advisor. 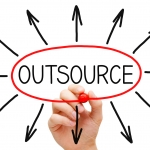 The Benefits of Outsourcing Within the Not-for-Profit SectorJuly 13th, 2021

It is a known fact that Not-for-Profit organizations tend to operate with constrained resources. Monetary resources are primarily focused on their mission. For this reason,...
Read More > 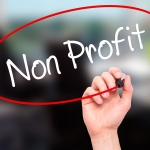 Not-for-Profit (NFP) organizations and charities alike have been deeply impacted by the global health crisis.  It is important now more than ever, for these entities...
Read More > 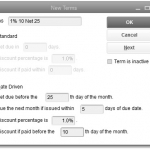 As an incentive to improve cash flow, many companies offer early payment discounts to their customers, such as 2/10 net 30 terms (i.e. two percent...
Read More > 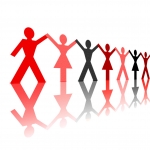 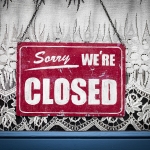 During this time many businesses have been forced to close, and those that have not are facing a new unexpected operating environment. The businesses that...
Read More > 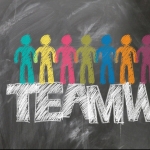