U.S. Federal Tax Consequences for Canadian Businesses with US Operations

Canadian businesses continue to extend their reach into the U.S. for numerous reasons; some of which include proximity, lower corporate tax rates as a result of the 2017 US tax reform, a stable economy, and a skilled workforce. While these are all great reasons to expand operations into the U.S., companies must consider the U.S. Federal and State tax implications of carrying on a trade or business in the U.S. Note that this article does not cover U.S. state tax issues Canadian businesses may face – please contact us for further guidance on navigating such situations.

What does it mean to “carry on a trade or business in the U.S.”?

Generally, a trade or business is any activity conducted for the purpose of generating income. The threshold for this determination is fairly low in that a Canadian company could be considered to be carrying on a trade or business in the U.S. when it has considerable, regular, and continuous dealings with U.S. customers.

Generally, a permanent establishment (PE) is defined as a fixed place of business in the U.S. through which a non-resident entity (i.e. a Canadian company) carries on business. This definition continues to evolve given the rise in e-commerce activities. Some traditional examples of a PE include:

Pursuant to the tax treaty, the following activities generally do not give rise to a U.S. PE:

Canadian companies with income effectively connected to a U.S. trade or business must file U.S. federal income tax returns. A Canadian business with U.S. ECI that is not attributable to a U.S. PE must file U.S. Federal Form 1120-F US Income Tax Return of a Foreign Corporation and Form 8833 Treaty-Based Return Position Disclosure Under Section 6114 or 7701(b) to claim relief from U.S. federal tax pursuant to the U.S.- Canada income tax treaty. Generally, this return must be filed 5 ½ months after the taxpayer’s year-end. For example, a calendar year taxpayer must file the protective return by June 15th.

Canadian companies with U.S. ECI attributable to a U.S. PE cannot claim the treaty exemption and must file Form 1120-F to report U.S. source income and expenses. The taxpayer may claim foreign tax credits on its Canadian income tax return for any U.S. income tax paid. Generally, this return must be filed 3 ½ months after the taxpayer’s year-end. For example, a calendar year taxpayer must file the return by April 15th.

If a return is filed late but no tax is payable due to the treaty exemption, interest and penalties may not apply if the return is filed by the second deadline which is 18 months from the original due date. If the return is not filed by the second deadline, the Canadian company may be taxed on its U.S. source gross business income. If a treaty exemption is claimed to eliminate the tax liability, a non-disclosure penalty of $10,000 may be levied for each item of income.

If a return is filed late and there is tax due, interest and penalties will be calculated based on the tax due and exposure can be quite significant

Canadian companies with activities in the U.S. may have federal income tax filing obligations and in some cases, a federal tax liability when business is conducted through a permanent establishment. Note that U.S. state income tax obligations may also apply based on the different laws of each state.

If you determine your business may have a U.S. income tax filing obligation or are thinking about expanding to the U.S., we can help. Our U.S. taxation advisors have the knowledge and expertise to help you evaluate and determine the implications for your business. 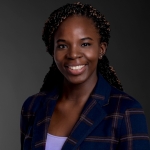 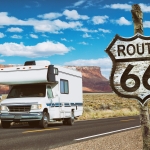 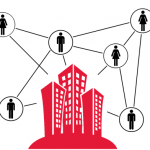 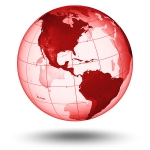 We Can Help you with International Tax Planning and ComplianceJune 16th, 2021

At DJB, our focus is to understand our clients’ needs and develop a customized plan to ensure these needs are met. Whether it’s an international...
Read More >

If your company is looking to expand into Canada, there are options as to how you go about structuring your business.  The two most common...
Read More > 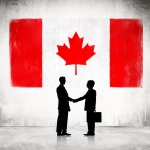 Foreign employers should understand that sending even one employee to work in Canada will trigger a payroll obligation. Compliance starts from the first day of...
Read More > 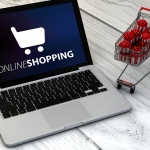 On November 30, 2020, the government put forward a fall economic update.  Included in this update are proposed changes to the GST/HST requirements for business,...
Read More >